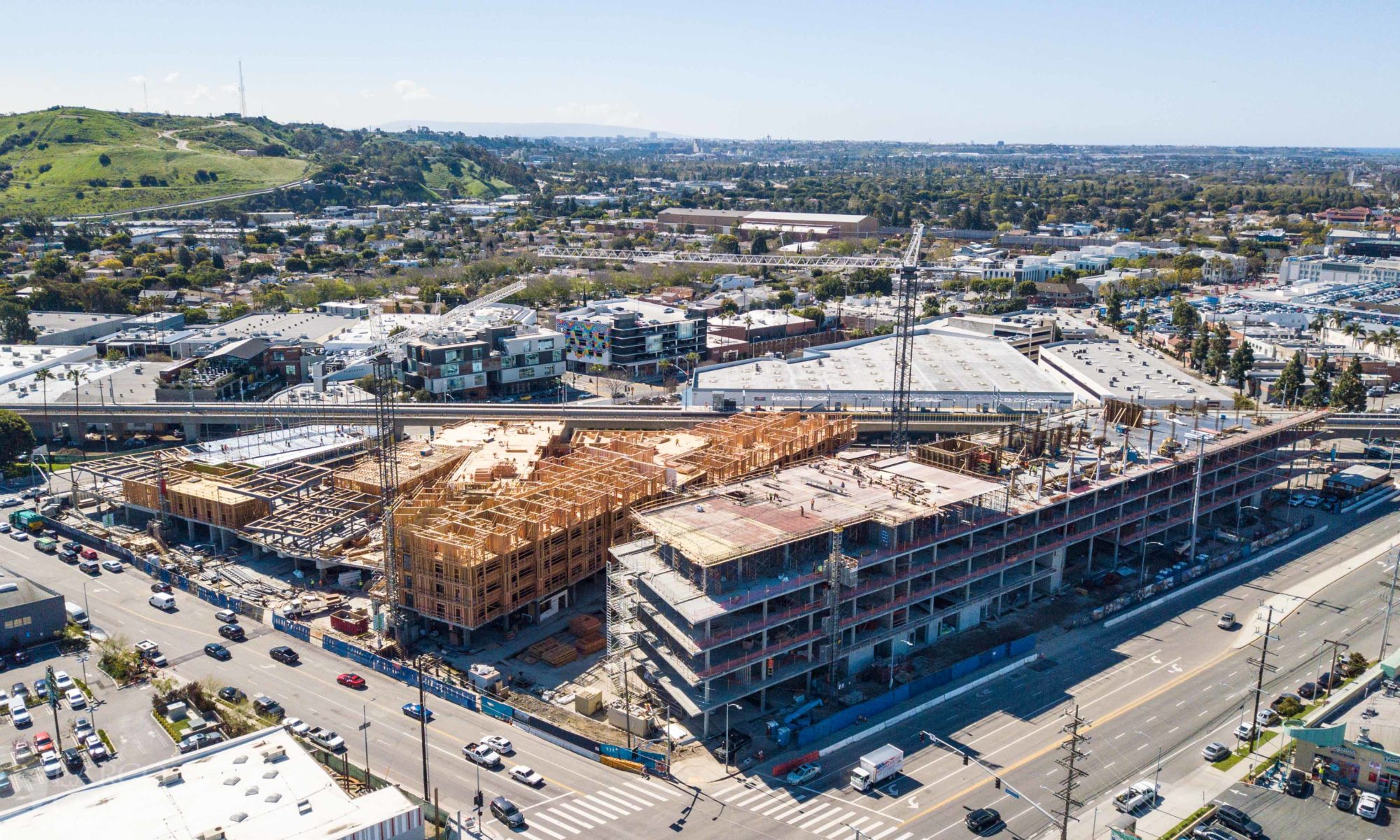 The new development sits adjacent to the Culver / Venice Metro Line Station in Culver City, CA along Venice and Jefferson Blvd. This city-block-wide transit-oriented development is a true mixed-use project with a commercial office space, hospitality rooms and residential units with a retail plaza at street level. Each component sits atop a three level below grade, 607,000sf parking podium housing 1,538 stalls, 300 of which are dedicated to Metro riders.

The versatility of the podium is also depicted with three different building types rising from the 218,000sf plaza level lined with space for retail and food stores. The 148-room hotel utilizes structural steel while the 200 residential units are spread across wood frame. Both components are five stories tall sitting atop an elevated deck of concrete while the entire commercial building is cast-in-place concrete.

Over 23,600CY was placed for the 236,700sf mat foundation ranging from 17” to 60” thick three levels below the street. Largo utilized their own powerful City Pumps to hose the readymix hundreds of feet from the street down to the jobsite. Nearly 3,000CY of shotcrete walls were pneumatically placed around the perimeter of the basement parking levels. Interior structural walls up to 3’ thick enclose staircases and radial ramps giving pedestrians and vehicles access to the below grade parking.

At the plaza level, structural columns switch from rectangular to circular which juxtapose the angular shaped decks. Typical levels have a 13’8” floor-to-floor height with the first and fifth levels at 15’. The concrete columns, interior walls and soffits remain exposed throughout the commercial building to usher views outward to the street and plaza with a grand entrance off Venice reaching 28’5” in height. Largo worked with general contractor Bernards, KFA architects and Englekirk structure engineers to place 81,500CY of concrete over 14 months.