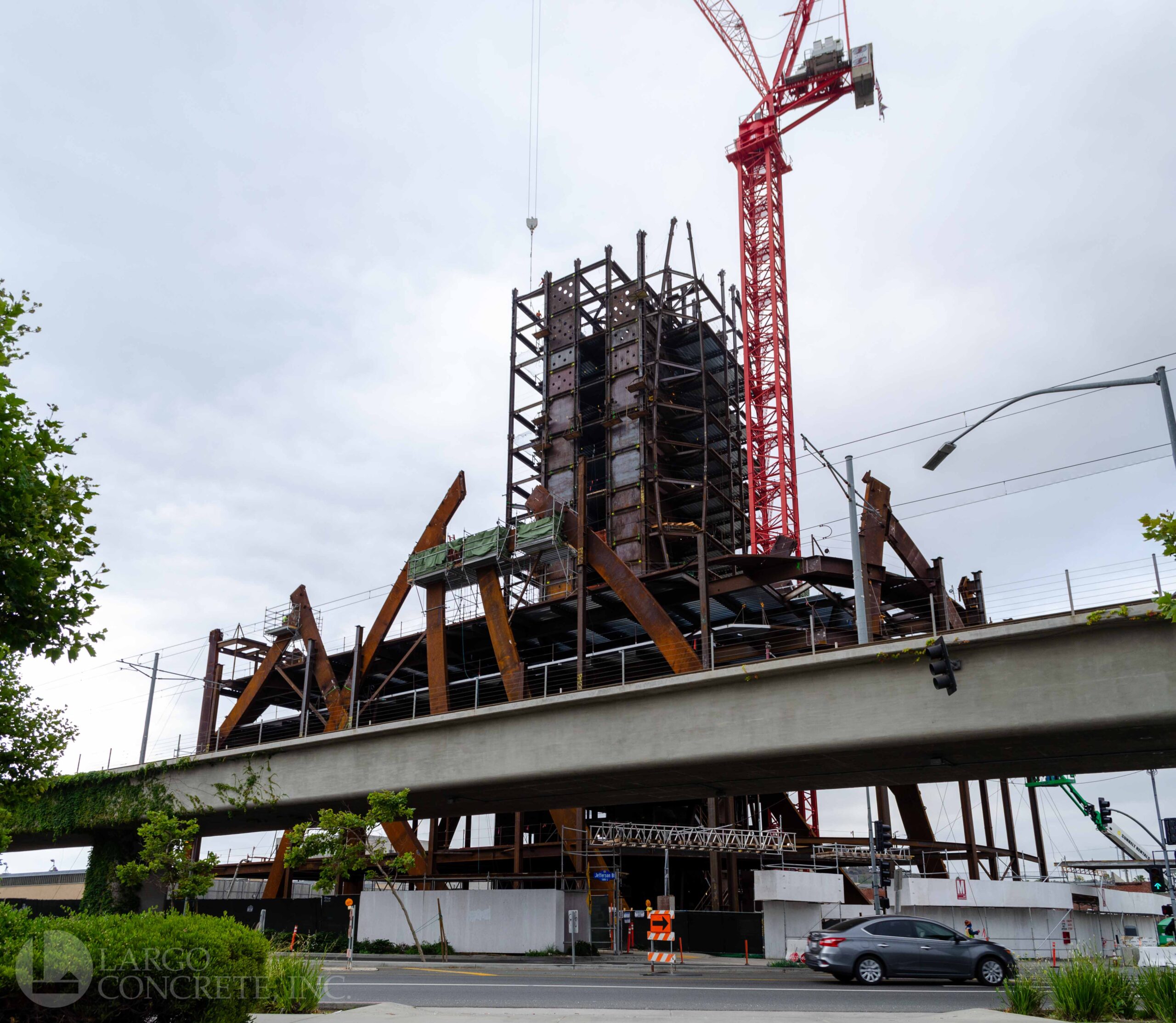 At the corner of West Jefferson and National Blvd. Largo is pouring the concrete at the first building in southern California featuring an exoskeleton structural system with general contractor Matt Construction. The commercial building features two levels of below grade parking and 17 levels above for a total of 355,180gsf. While the decks in a typical structure are supported by internal columns, walls and beams, designers for the (W)rapper decided upon a system outbound of the decks to maximize leasable space and create one of the most unique looking buildings in the region. Eight steel bands act as the exterior columns and wrap around the building on the outside of the glass façade in an abstract design with no particular pattern.

Largo began work back in June 2019 with the placement of the 5,600CY mat foundation pour. A total of 560 readymix truck loads were delivered to the site starting at 11PM June 7 to six truck mounted boom pumps. Two of the pumps were at street level and four were driven down a temporary ramp into the pit two levels below grade. Two additional boom pumps were located at street level to receive loads and reduce traffic in the pit by pumping readymix down to the booms in the pit for final delivery. In total 134 individuals were involved in traffic control, delivery, pumping, placing and finishing of the foundation with the cement masons heading home at 6PM June 8.

Largo finished pouring the core late last year which is being constructed independently from the office decks. The core will house the elevators, restrooms and mechanical, electrical and plumbing shafts the while the metal decks will make up the office space. The core had to be constructed ahead of the tower to assist in the erection of the unique framing system. Designers Eric Owen Moss Architects and Arup structural engineers anticipate having the building complete during the forth quarter of 2021.