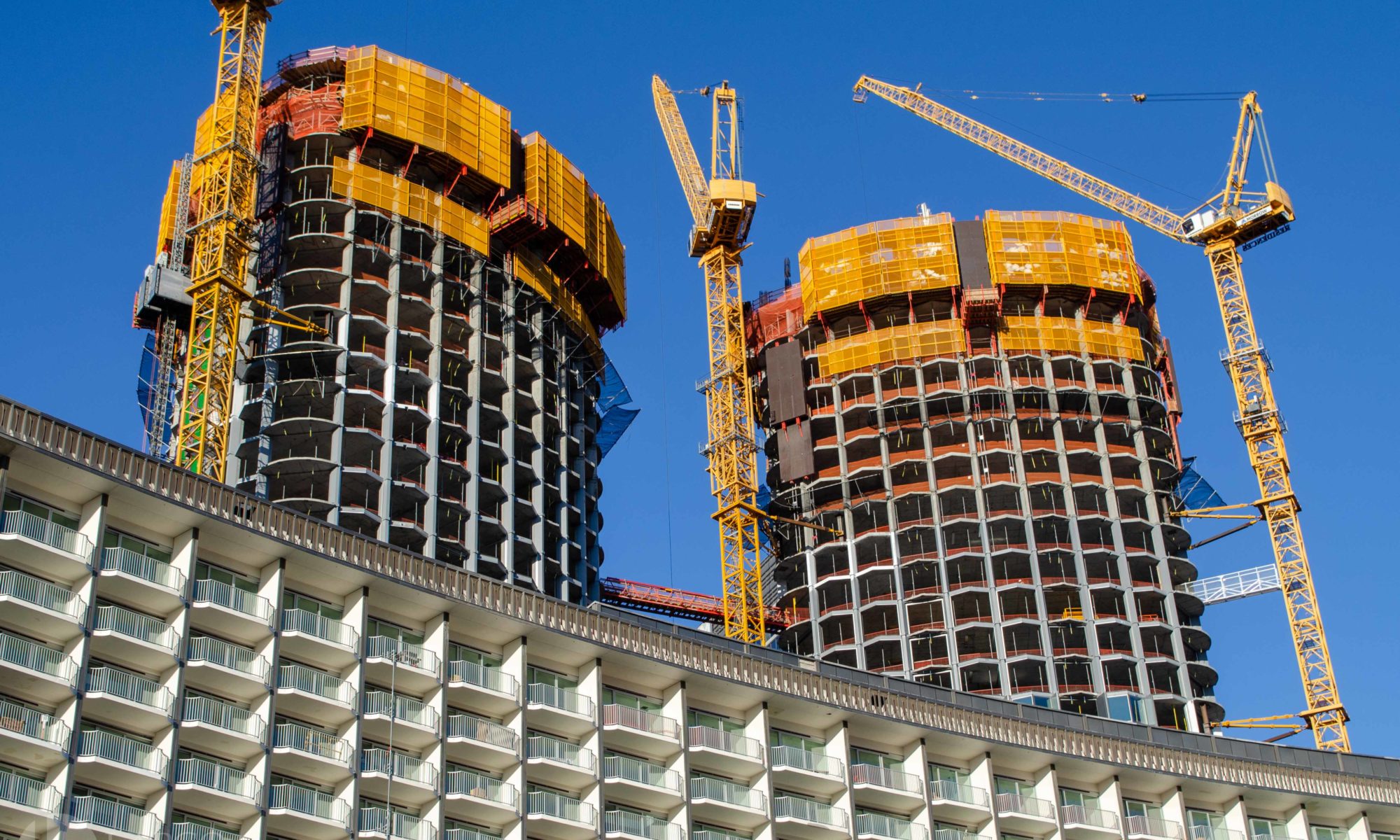 Checking in first at the New Century Plaza development in Century Plaza where we recently poured level 33. Designed by Pei Cobb Freed & Partners, Harley Ellis Devereaux Architects and Englekirk Structural Engineers, the towers will stand 46 levels above grade and house 290 luxury residential units when complete. The towers are located behind the historic Century Plaza Hotel which is currently being retrofitted to include 63 condominium units in addition to 349 hospitality suites.

The project began with the installation of over 25,000CY of mat foundations. Since then, the development has progressed through 4 levels of below grade parking, back-of-house, retail and commercial space at pavillion street level, and into the typical tower levels. The tower decks are shaped like reuleaux triangles in an effort to pay homage to the iconic Century Plaza Office Towers on the opposite side of Avenue of the Stars. The edges of the triangular decks are lined with scalloped-shape balconies designed to mimic the façade of the exisiting hotel. Working with general contractor Webcor Builders, the concrete is expected to top out during the Fall of 2020 . Once complete, Largo will have placed over 150,000CY of concrete!

330 miles to the north, in the heart of Silicon Valley, Largo continues to work on two of the city’s tallest buildings. The Miro development features two residential high-rise towers located on East Santa Clara Street, across from San Jose City Hall. The project is laid out on a 1.4 acre site and consist of three levels below grade and 28 levels above. The 630 units sit atop seven levels of parking with a total of 633 stalls.

Transfer girders utilize four rows of post-tensioned cables which are progressively stressed throughout construction. The girders are located on level five above grade and are up to 64”deep by 72” wide! The additional rows of PT cables are spaced 6” apart and lay below a row of tendons which are stressed after placing level five. Upon completion of level ten the bottommost row is stressed, then the second from the bottom row is tensioned at level 15 and so on. The project is designed by Steinberg Architects and DCI Structural Engineers, general contractor Suffolk Construction anticipates concrete topping out early summer.