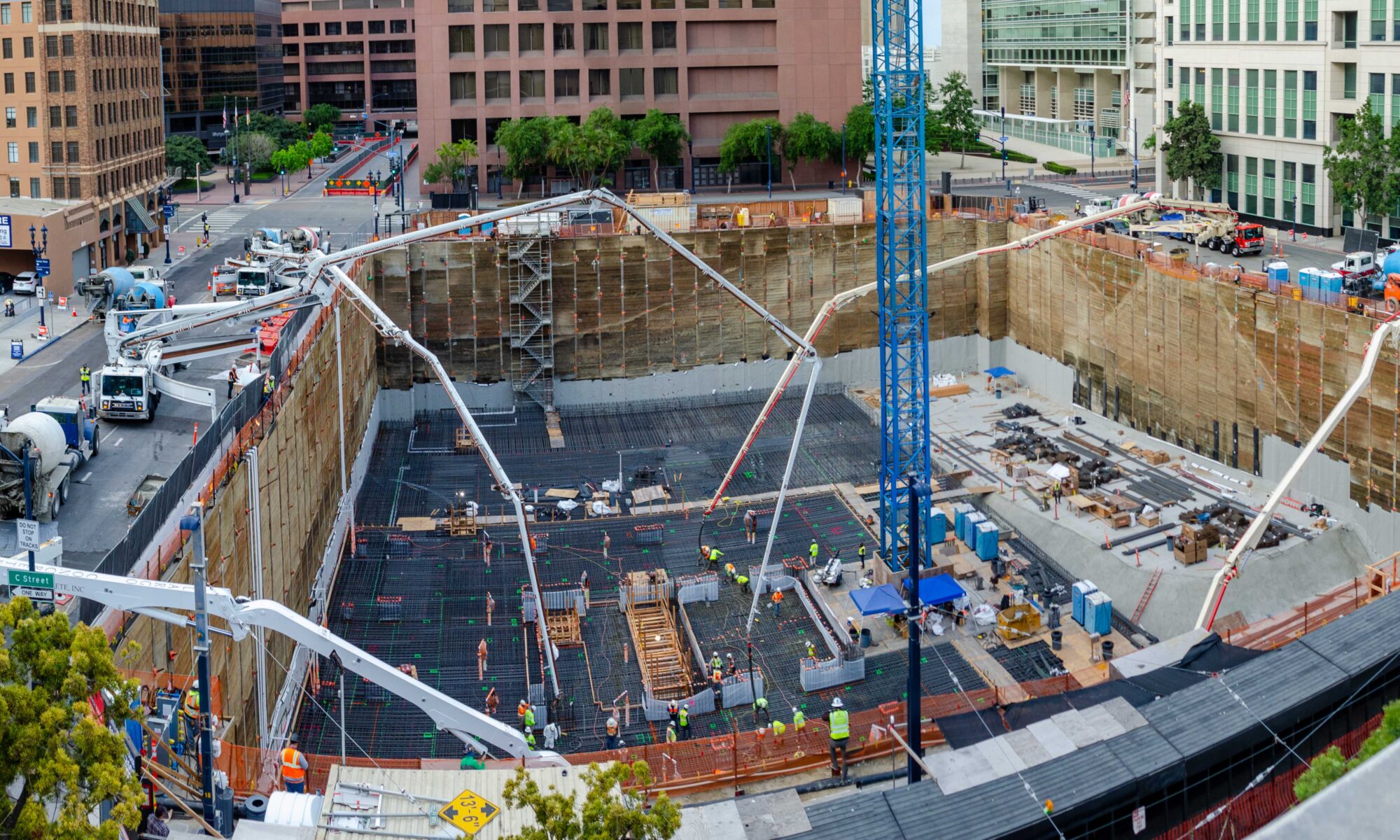 At 5AM on May 22, Cemex and Associated readymix trucks began delivering loads to the Courthouse Commons jobsite in downtown San Diego. The site is caddy-corner from the Central Courthouse between W. Boardway and W. C Street. Once on site, five truck mounted boom pumps moved the readymix 50 ft. below street level to the foundation. Pumps ranged in size from 46 meters to 61 meters and were lined up along Union and Front Streets. The deepest part of the foundation was 14.5 ft. deep at the elevator pits. Pumping at a peak of 600CY/hour, the pour lasted 11 hours with the last finisher going home around 8PM. In total 5,450 cubic yards were placed by a 30-man placing crew, 20 finishers, 10 pump operators and a support group of 40 individuals.

Looking ahead, the next major milestone will be the placement of another mat foundation of 6,650CY on July 5. If all goes according to plan general contractor Holland Partners expects concrete to top out in April 2023. The project is designed by Carrier Johnson architects and Bryson Markulim Zickmantel structural engineers. The building is 44 total levels including five levels of below grade parking and the roof deck. Commercial retail space is located on street level with the following seven levels dedicated to office space. The next 28 levels will hold 431 residential units, 87 of which are subsidized for low income renters. Once completed the Courthouse Commons will be among the top five tallest buildings in San Diego.