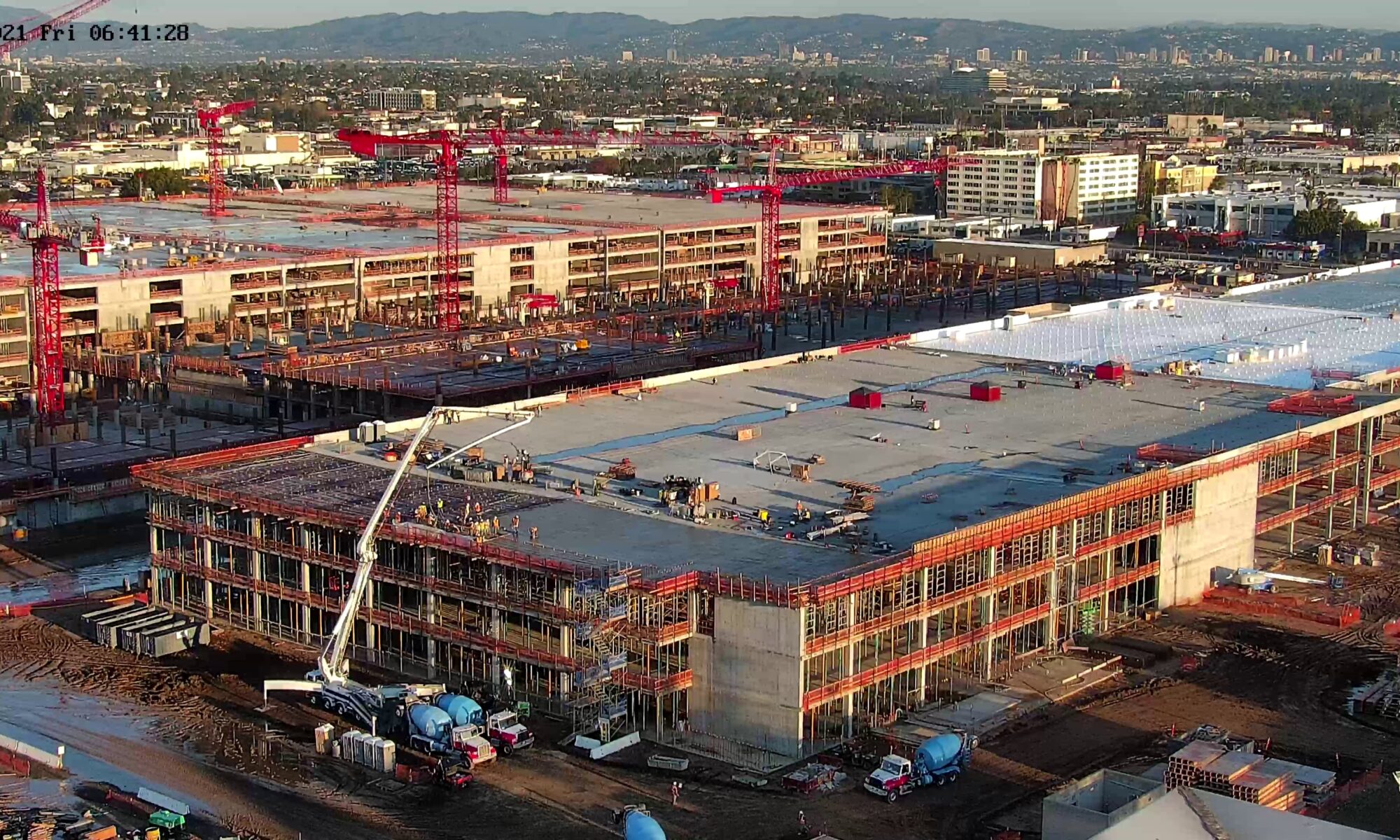 With 127 fueling stations, the Quick Turn Around (QTA) building at the new LAX Consolidated Rent-A-Car (ConRAC) facility will become the largest gas station in the world once open in 2023. The 1.1 million-square-foot building is four levels above grade and runs along La Cienega Boulevard north of Century Boulevard. The building is designed to house all maintenance and operations for seven major rental car companies at the third busiest airport in the world.

Instead of an internal ramping system, a “speed ramp” will be constructed on the west face of the building outbound of the main structure. The ramp will be used to transport cars between the QTA building and the Ready Return/Idle Storage structure to the west. This configuration is used to accommodate large volumes of vehicular ingress/egress and reduce traffic within the building.

Long truss deck tables were used to speed up the shoring process and ensure the schedule was met. The tables were 25-feet by 8-feet and required shoring on the two ends, which allowed a forklift to pass underneath the formwork. This eliminated most of the hand-set forming to reduce labor costs and enhance the speed of construction. Reshoring was done with 4,329 Peri MP 480 post shores. All column and wall forms were also pre-fabricated to enhance the schedule on the building with a 261-feet by 1,038-feet footprint.

Largo is working with general contractor PCL Construction, PGAL architects and Englekirk structural engineers to have the concrete scope of work complete in early 2022. When complete, Largo will have poured over 51,000 cubic yards of concrete on the job.