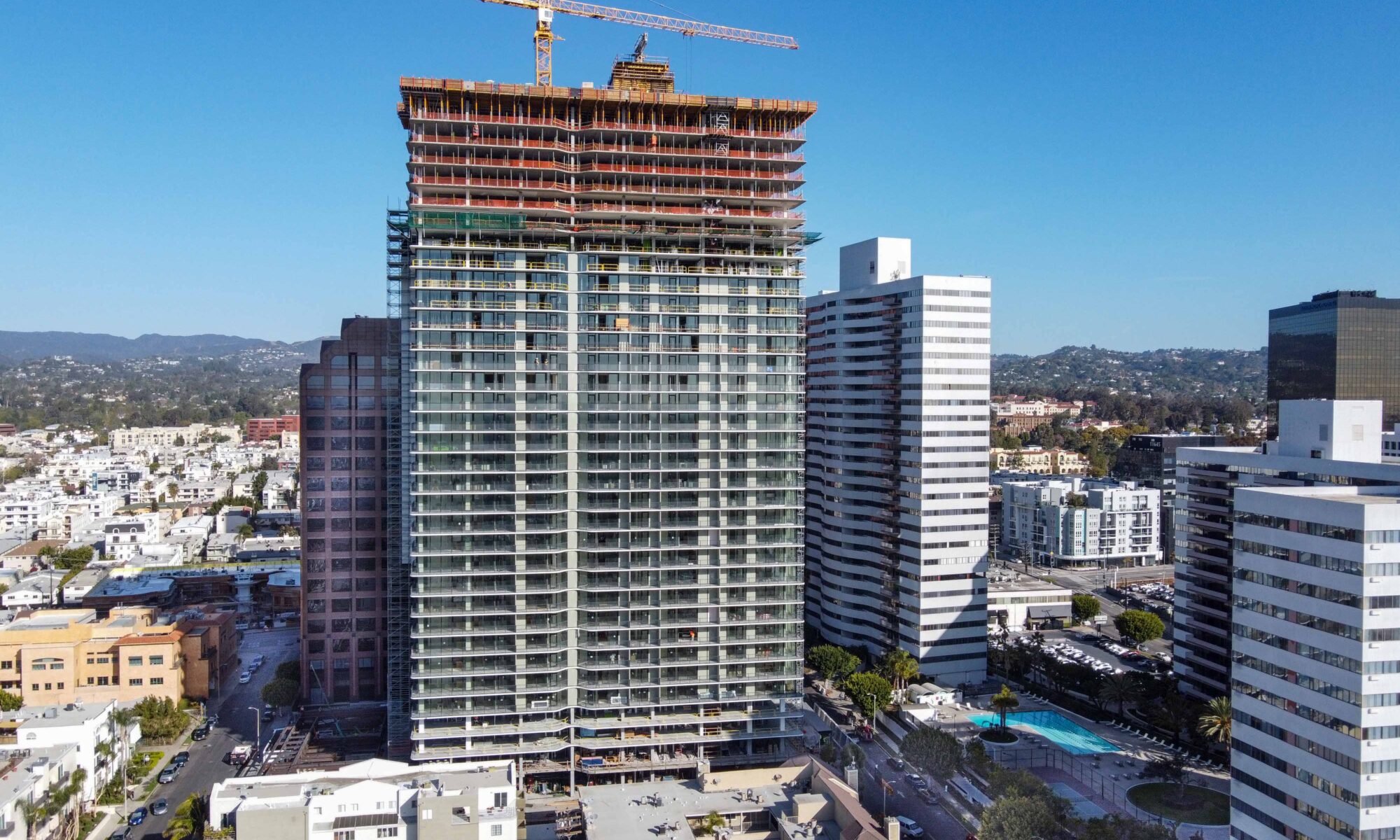 The Landmark II residential tower topped out this month along Wilshire Blvd. with general contractor Matt Construction. Looking south from Wilshire Blvd. the new building stands behind the Landmark II commercial office building between Granville and Stoner Avenues. The 35 level above grade structure holds 376 units with four levels of below grade parking for 421 cars.

The parking levels tie into an existing structure which had to remain operational throughout construction. Underpinning, or the process of strengthening the foundations of an existing structure, was part of seismic retrofit of the parking levels which was necessary to re-route traffic and create temporary access. Demolition of existing beams to connect the two parking structures included the de-tensioning of PT cables, and the installation of micropiles and an internally braced raker system.

The walls of the two cores are the primary lateral resisting system which were formed with EFCO Plate Girders to maximize the tie spacing. The elevator core formwork is supported by a self-climbing Power Tower PT-100 system. For the elevated decks Largo chose to use PERI perimeter tables with titan shoring for the handset portion of the decks. Gensler and Saiful Bouquet are the architect and structural engineer for the project which is scheduled to open during the Fall of 2021.