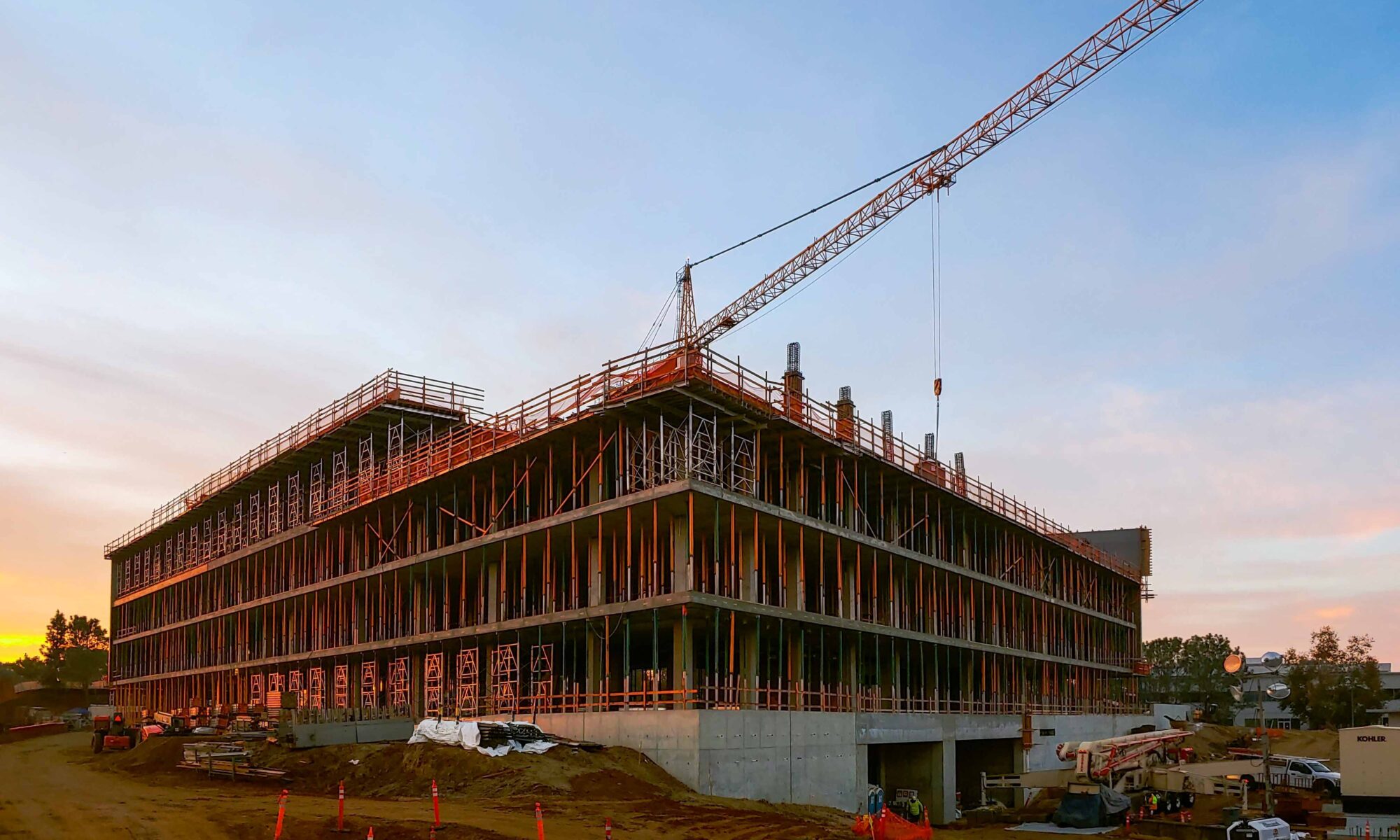 Perched along Towne Centre Drive in San Diego, CA, the new APEX commercial office building has impressive views of Sorrento Valley to the east. Largo topped out with general contractor Rudolf & Sletten on the 345,000gsf structure which has been leased to Apple. Designed by Perkins & Will architects and Coffman Structural Engineers the building has two levels of below grade parking with five levels of above grade including the roof.

Designers attempted to integrate modern architecture with the surrounding biodiversity to enhance the user well-being. Exposed concrete walls blend with extensive glass and steel accents on the exterior façade. The concrete roof deck is also exposed and cantilevers toward the canyon sheltering the outdoor terrace on level four. There is a total of 37,000sf of exterior architectural concrete on the project which includes feature walls, columns, and sloped soffits. All exposed elements were designed with dimensioned seam plywood layout for a consistent special finish. A computer generated solar study was used to determine the most effective placement of sunshade elements to maximize daylight and visual connections to the environment.

Amenities include a fitness center, an outdoor workout area, volleyball court and game area with horseshoe and corn-hole space. A cafe, amphitheater and flexible workspaces round out the amenities and blend with the architectural features to produce a unique creative space. In total Largo pour over 27,000CY of concrete over the 10.5 month schedule.